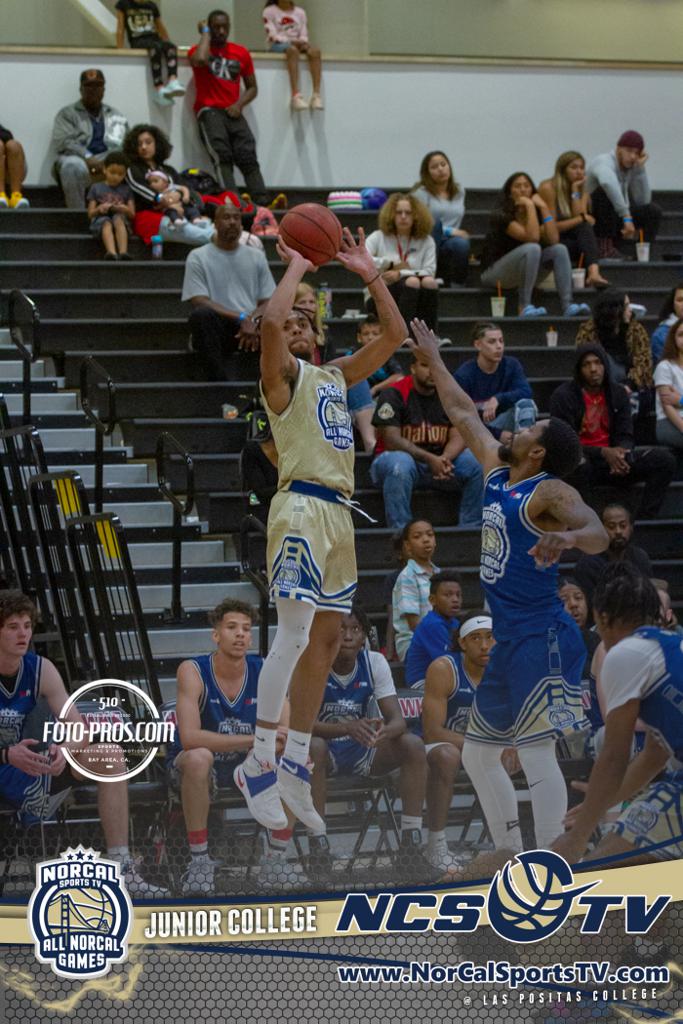 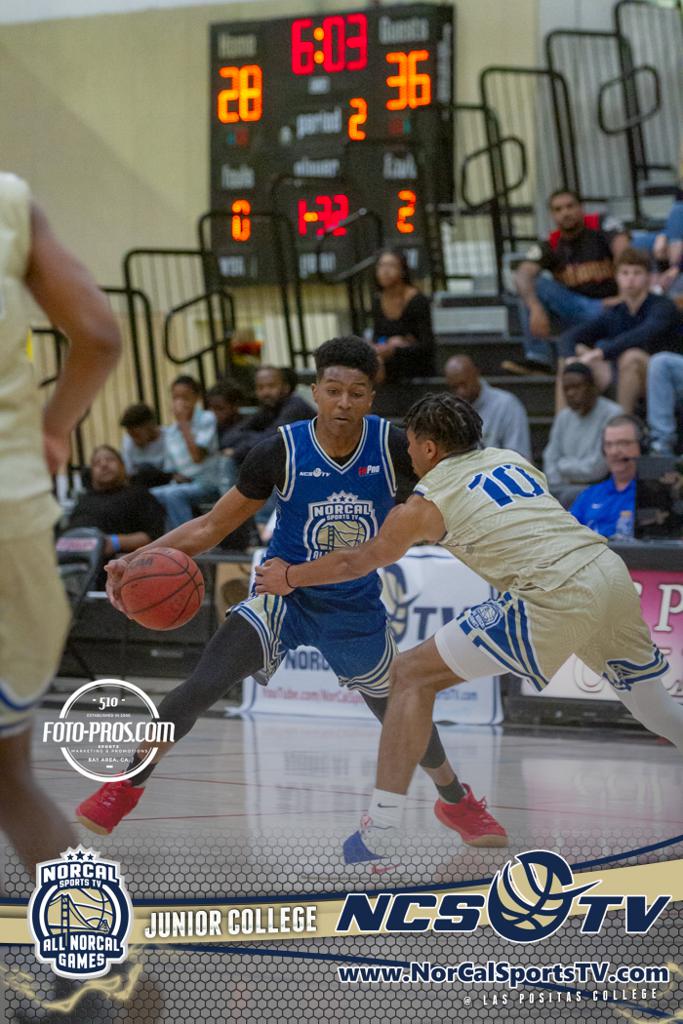 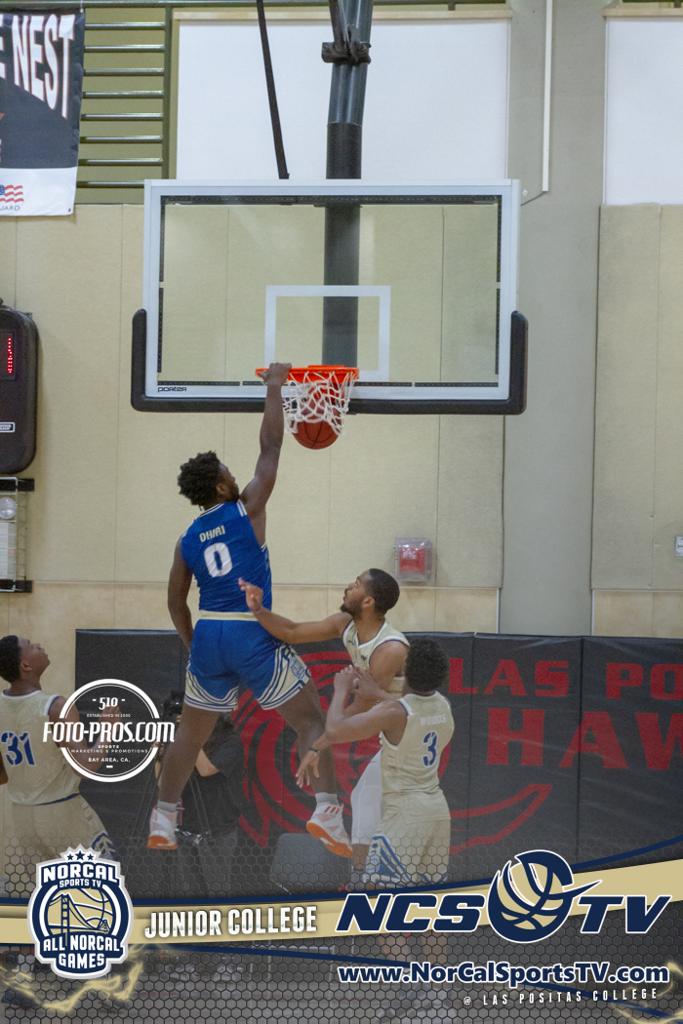 The California Community College Junior College All-Star Game ended up being one of the best games of the day.    Featuring 20 of the top sophomores in Northern California, these players battled it out during the nightcap in a game that went down to the final minute!

The game featured many lead changes, with JC South winning after the first quarter 20-19.  At halftime it was JC North who was winning 51-45.   JC North came out firing in the 3rd quarter to take a commanding 83-69 lead into the final 10 minutes.    The JC South showed their resilience as they put together a 38-20 run in the final quarter to take home the win 107-103!

Niamey Harris out of CCSF lead all scorers with 21 points while dishing out 4 assists, to earn Str8 Sports Player of the Game honors.   Daylon Potts of Gavilan College earned Defensive Player of the Game honors with 13 points, 18 rebounds, 4 assists and 2 steals.  For JC South, all nine players scored 6 points or more, with six scoring in double-figures.  Ruben Parks of Reedley College contributed 15 points.  Abdurrahman Zaid of Gavilan added 13 points, while Maurice Woods of Columbia and Anthony Dennis of Monterey added 12 and 11 respectively.

Other notes:  JC South out-rebounded the North 53-46, but it was the offensive margin 23-11 that allowed the South 13 more field goal attempts on the night giving them the edge.  The North shot the ball well from deep, landing 41% on 13-32 shooting from deep.   The aggressiveness of the South showed not only on the glass, but at the Free Throw line.   The South shot 27 FTs on the night, while the North got to the line only 8 times. 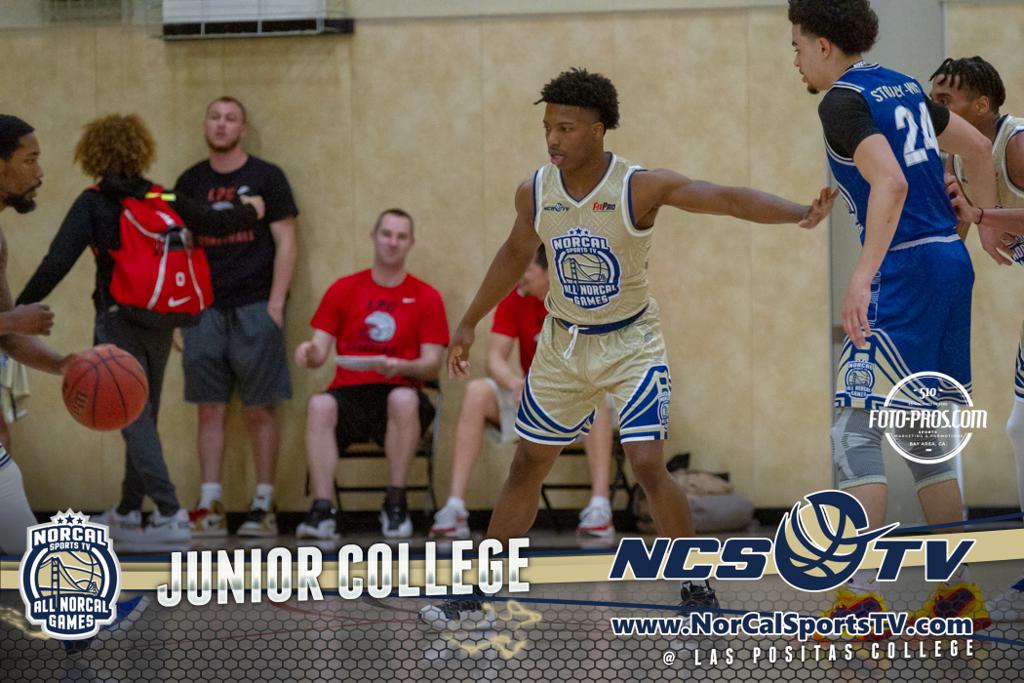 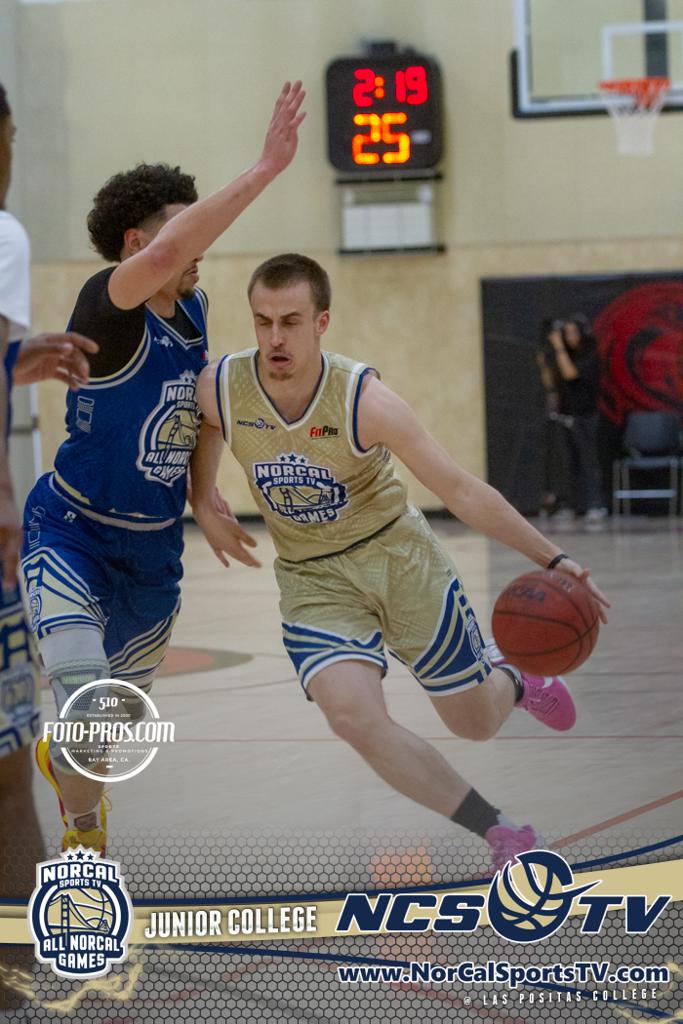 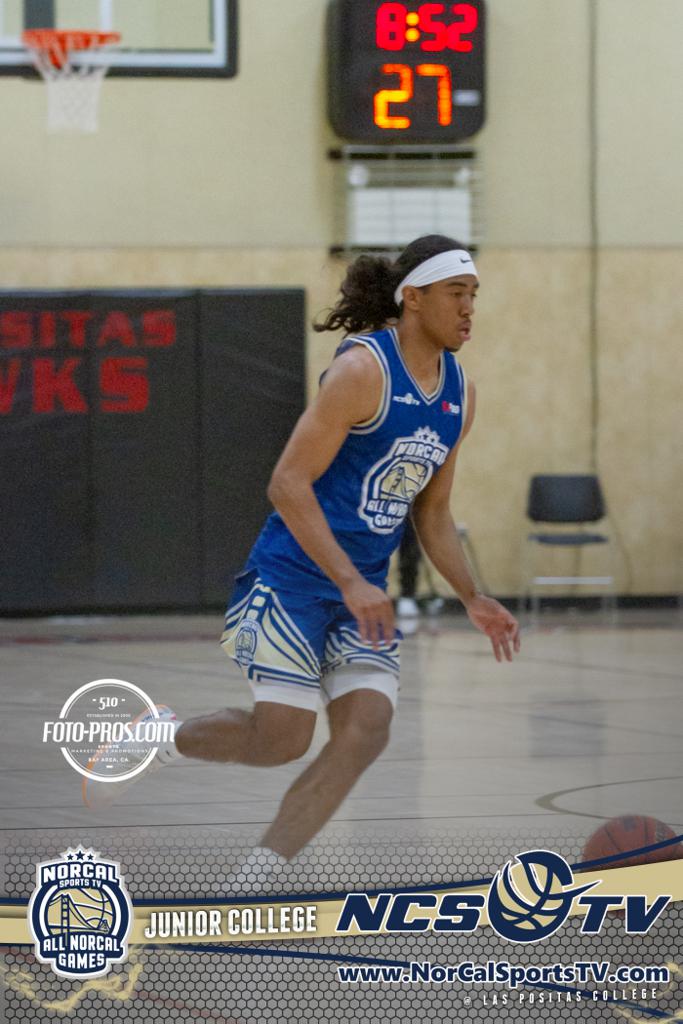 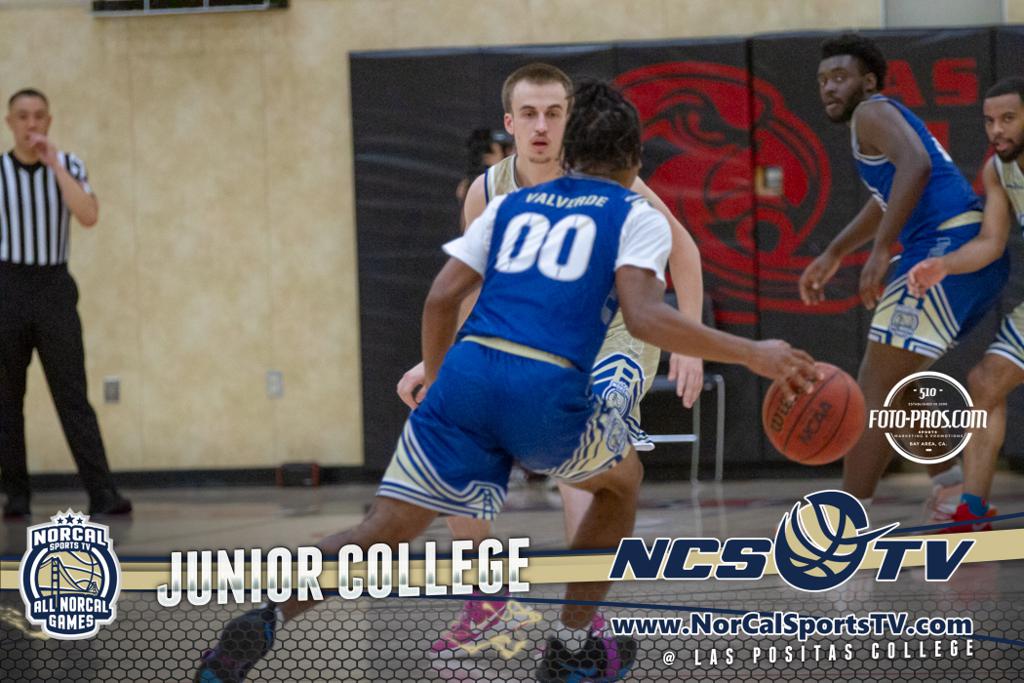