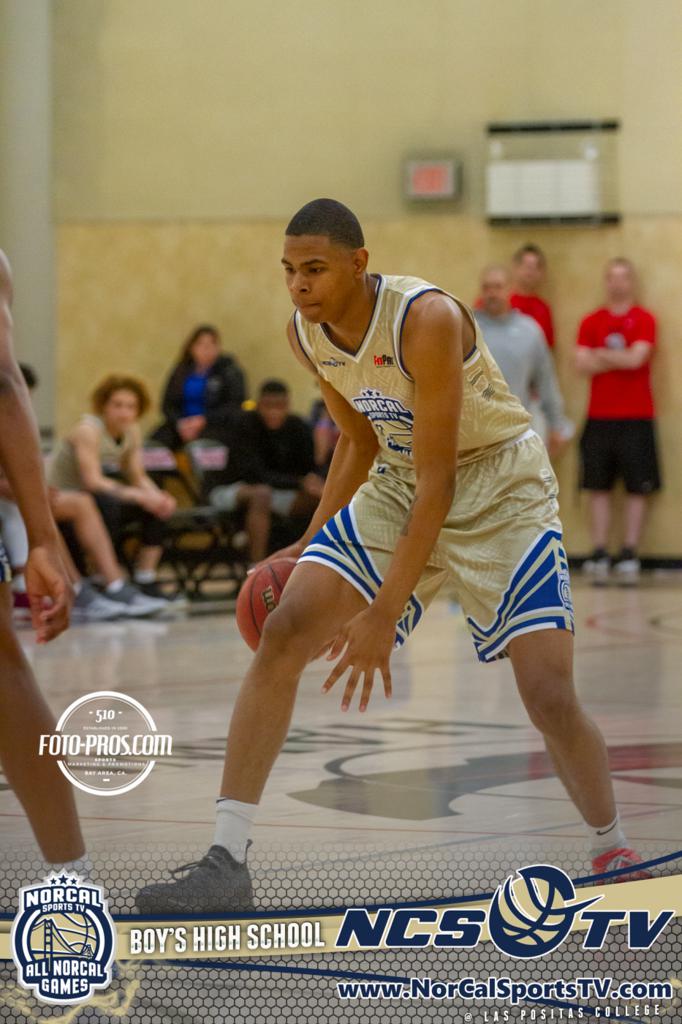 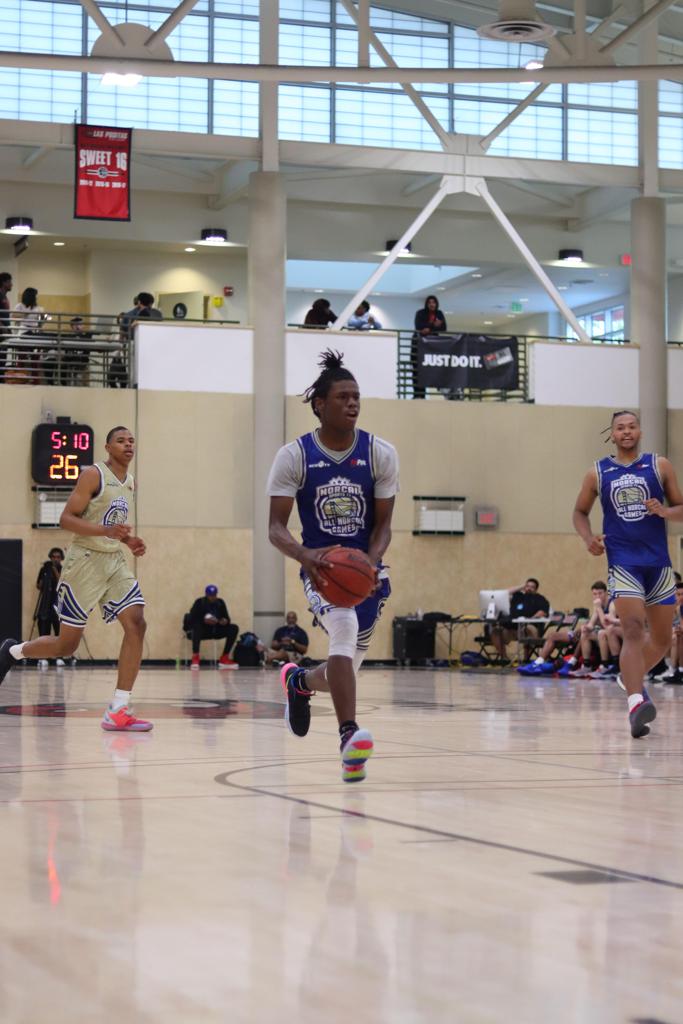 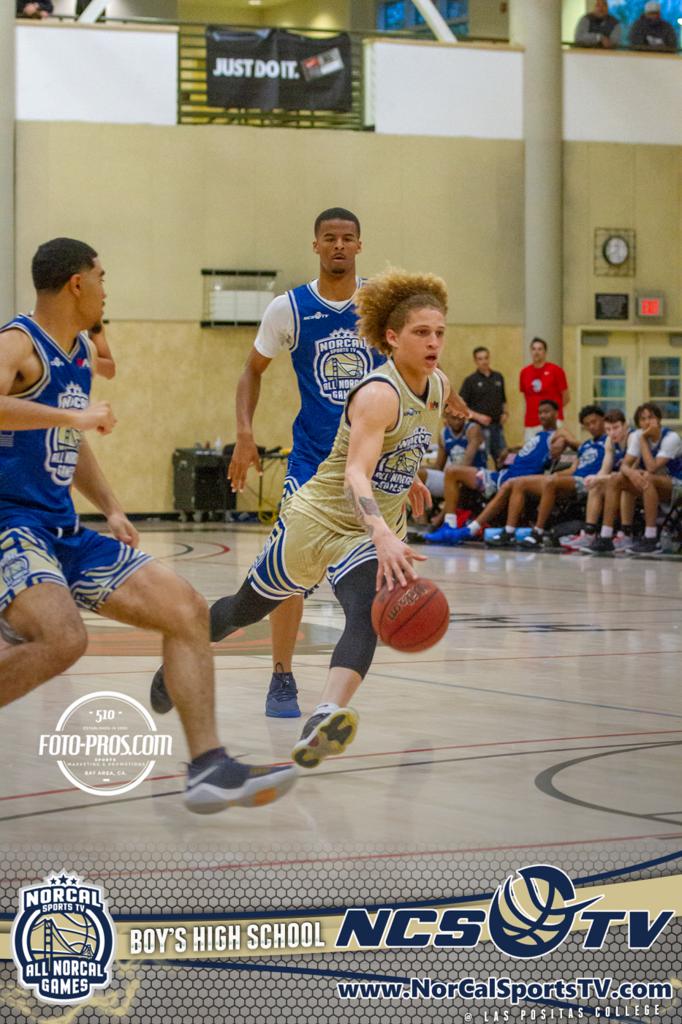 Mason Forbes with another dunk for Sacramento

Year one of this matchup ended with Sacramento taking home a 2 point victory.  Year two ended with the Bay Area coming from behind to win at the buzzer by two to even the series at 1-1.   Year three the Bay Area boys decided to make a statement.

At the 7:30 mark of the 1st quarter it was 11-7 in the Bay Area's favor.  It would never get closer than this.  When the McClanahan twins, Brett Thompson, Jay Allen-Tovar and Zyon Pullin checked in at the 6:15 mark, the score was 19-9.  From there the defensive intensity picked up to the point we saw our first technical foul in ANG history.   Thompson was called for a foul after playing on-ball defense that made you think he was still competing in the state championship game.  His enthusiastic reaction led to the T.    The tone was set and the end of the first 10 minute quarter, the score was 41-16!

Although the boys from Sacramento kept up the fight with an even 2nd quarter, the first quarter deficit would be too much to overcome as the Bay Area ended with a historic 156 - 104 victory.

Jay Allen-Tovar and Chance McMillian earned Co-Players of the Game sponsored by Str8 Sports.   Allen-Tovar finished with a double-double that led to a game-high 27 points and 12 rebounds.   McMillian finished 23 points on 10-13 shooting.  Five more players would score in double-figures for the Bay Area!  UC Davis-bound Ezra Manjon of Heritage finished with 19 points and 5 assists.  Cal Poly-bound William Chavarin of Bishop O'Dowd finished with 18 points, 4 assists on an impressive 8-13 shooting.   Brett Thompson of James Logan added 17 points on 4-5 from behind the arc.  San Diego State-bound Keshad Johnson of San Leandro added 16 points and 5 rebounds.  Stanford-bound Neal Begovich of St. Ignatius also added 15 on an efficient 6-7 shooting.  JoVon McClanahan led all players with 7 assists while also picking up 2 steals and 6 rebounds for the Bay.

Bryce Fitzgerald of Monterey Trail game out hot for Sacramento and finished with 19 points and 6 rebounds for Sacramento.  Izayah Talmadge of Sacramento High, David Jones of Grant and Drake Middleton of Oak Ridge added 12 apiece.  Also scoring in double-figures was Steven Richardson of Grant High with 11 points, 6 assists, 4 rebounds and 2 steals.

Other notes:  The Bay Area shot 64% from the field, including a remarkable 50% from behind the arc (15-30).   Sacramento only committed 6 fouls over the entire 40 minutes, to Bay Area's 17 on the night.  The Bay Area dropped a historic 28 assists on the night, while Sacramento dished out a respectable 12 assists.  The turnover margin may have been even more brutal as Sacramento committed 23 turnovers as the Bay Area showed no mercy with continuous defensive pressure.

The series is now in the Bay Area's favor 2-1 and we can only look forward to what 2020 brings! 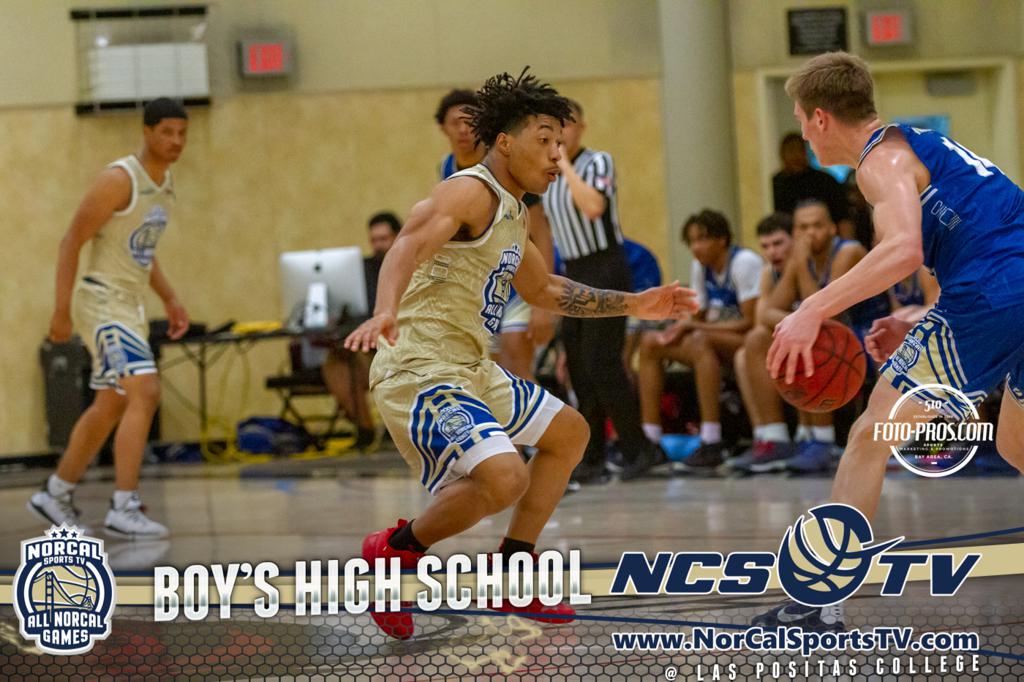 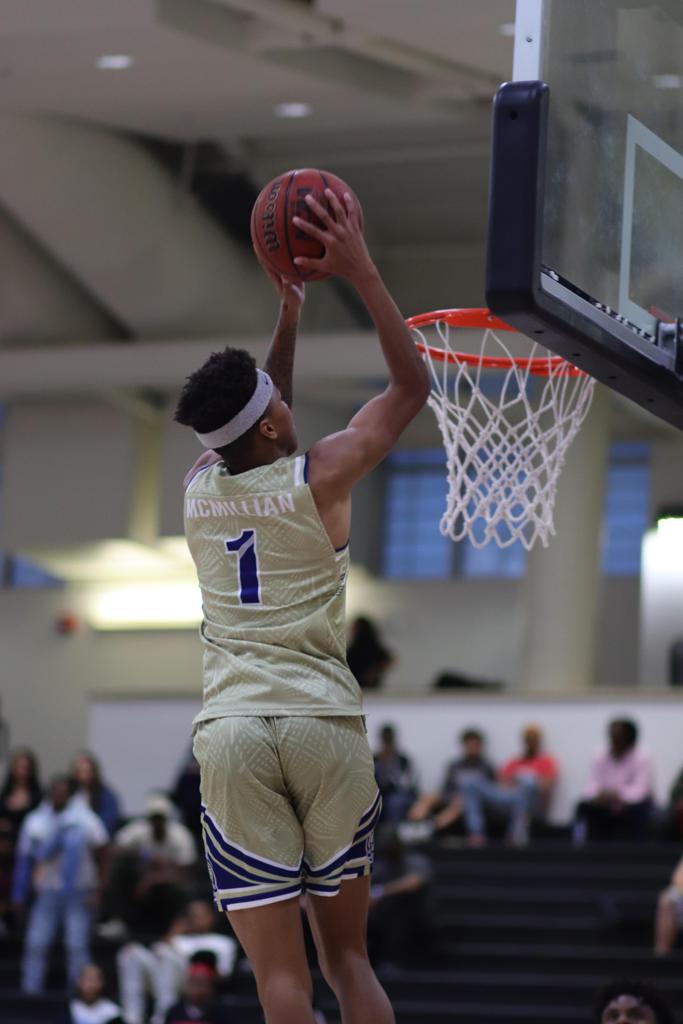 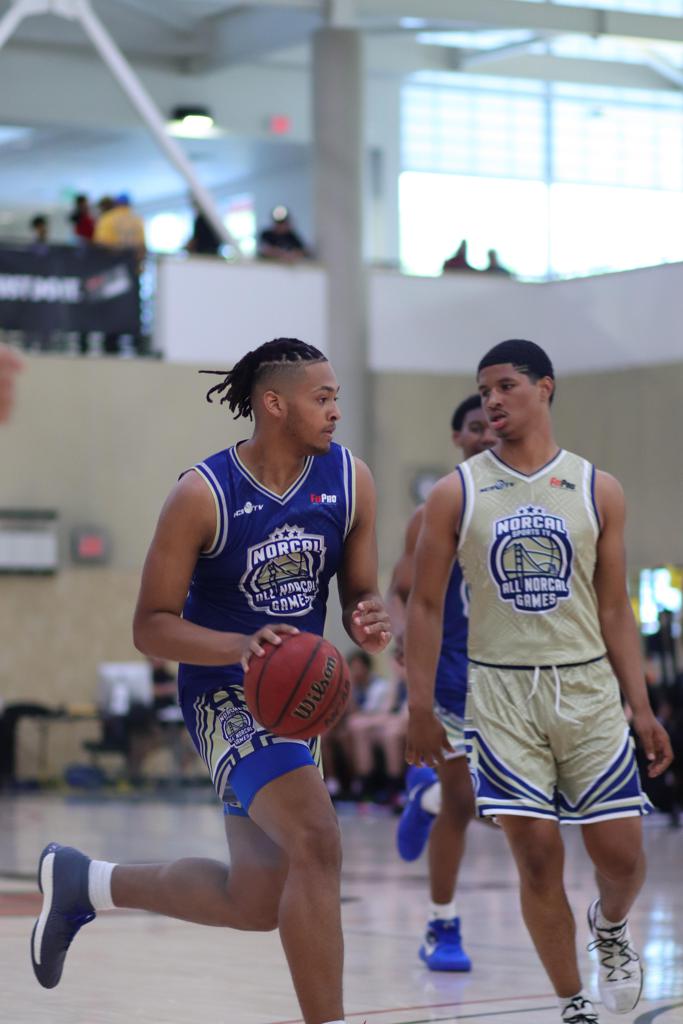 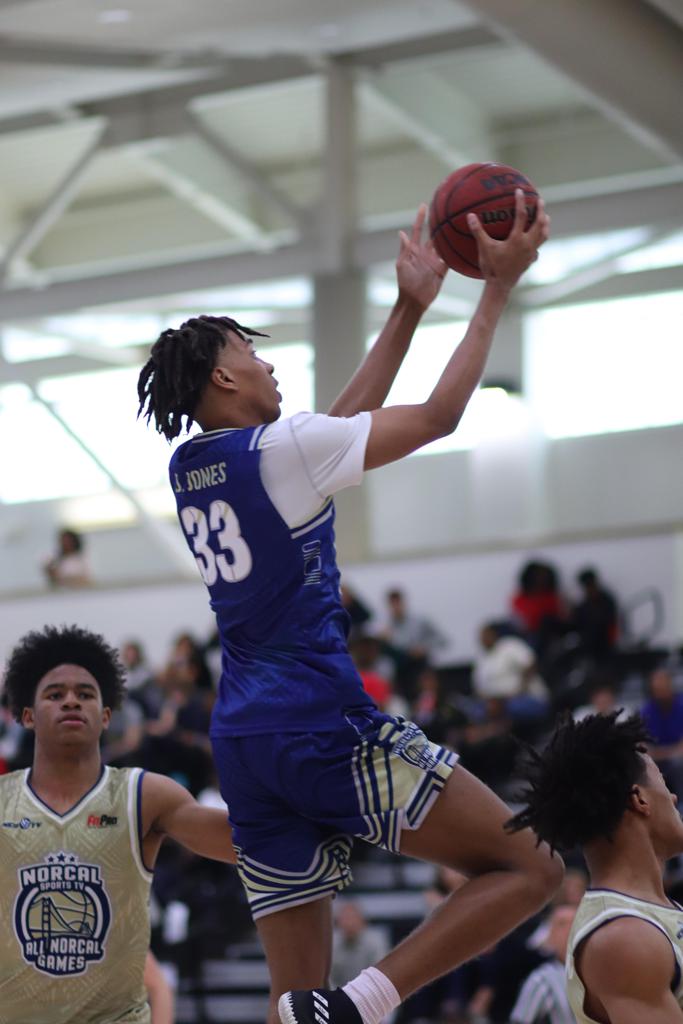 David Jones goes up for two

The All NorCal Games had a nomination process from April 1 - December 31, 2018.  Players are nominated by Coaches, Athletic Directors & Members of the Media.  Rosters were finalized in January 2019.  We are proud to present the players selected and committed to the 2019 event!