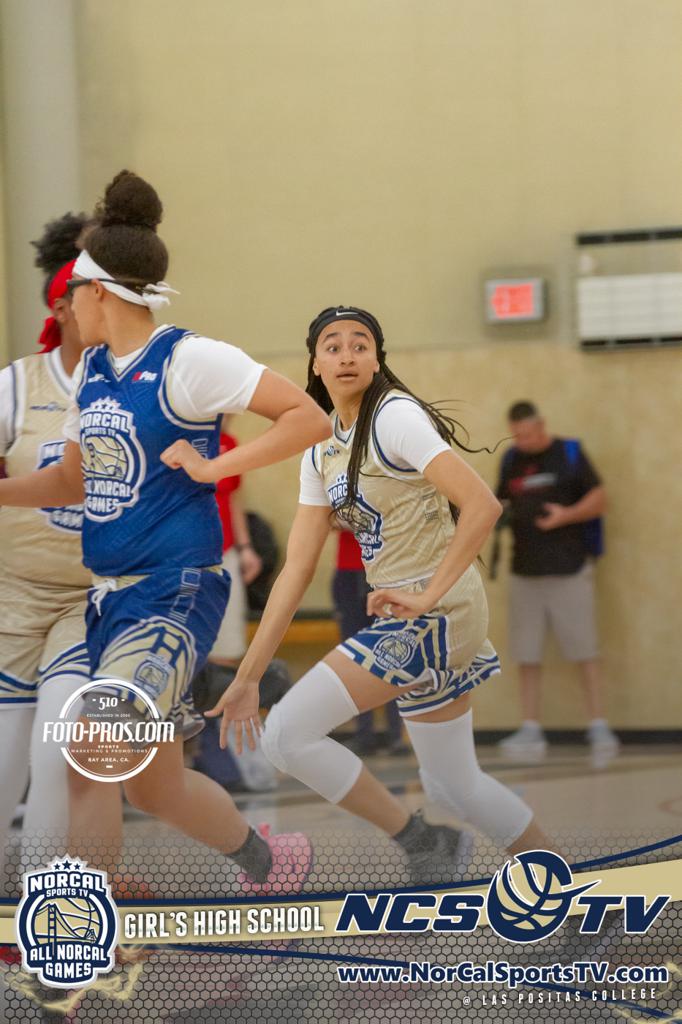 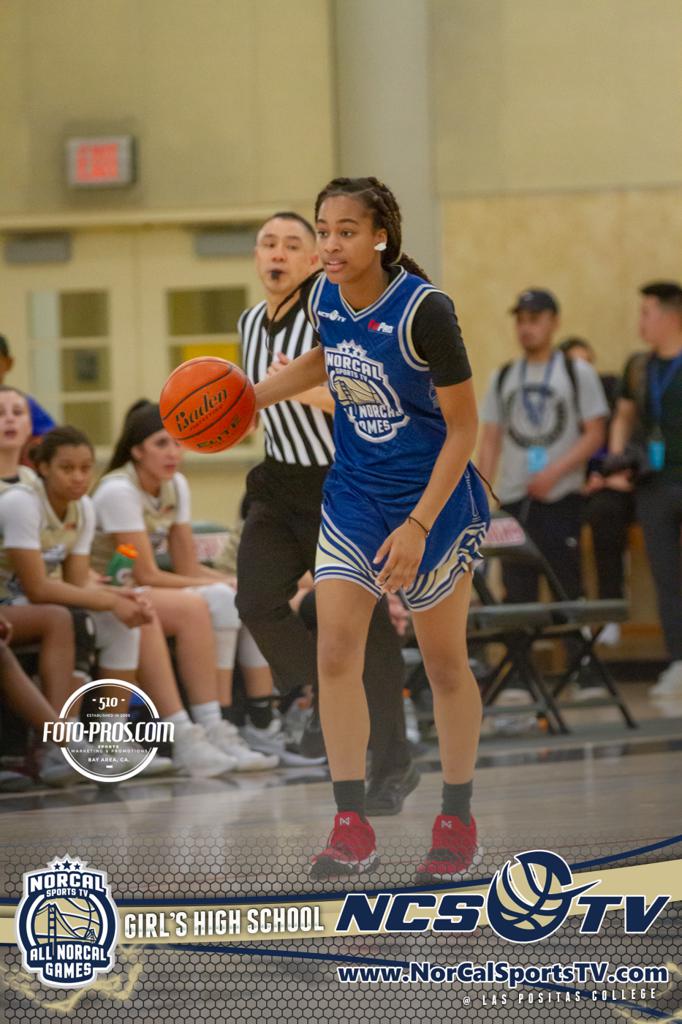 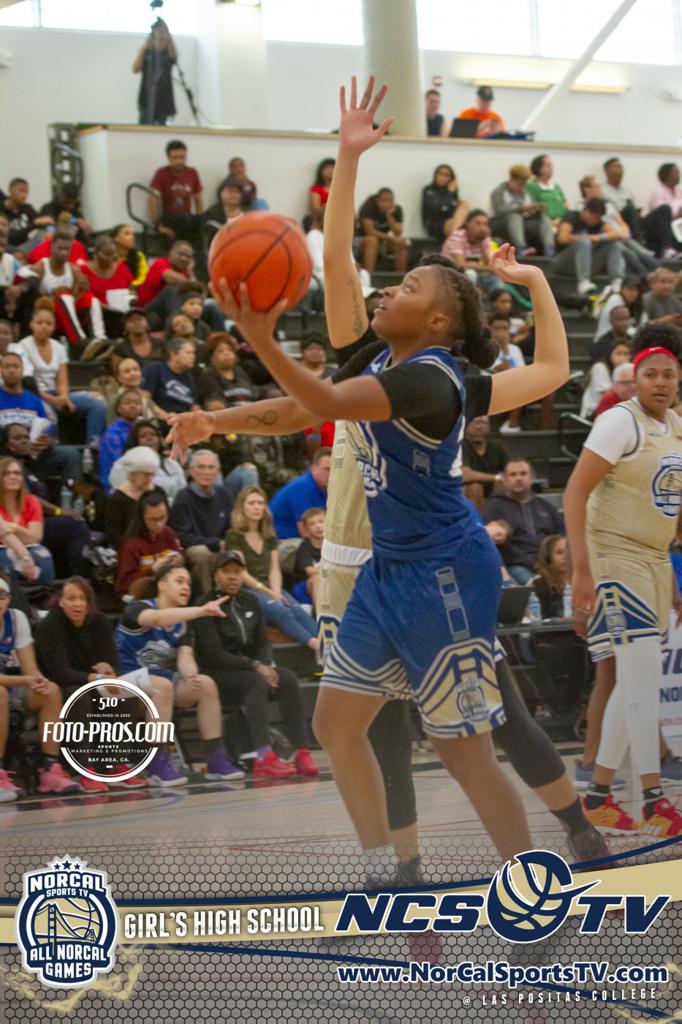 On paper the Bay Area class of 2019 looked to have way too much size to handle for the ladies from Sacramento.    With only one girl over 6' tall compared to six players of that stature for the Bay Area, Sacramento All-Star coach Michele Massari implemented a relentless switching defense.  This defense held the Bay Area to a FG% of only 40% after two quarters, and a respectable margin of only 5 points (42-37).   However, the ladies from the Bay Area would regroup and score 60 points over the next 20 minutes.  This effort was led behind an impressive 27 point and 9 rebound performance from the nation's #1 prospect and Stanford-bound Haley Jones.   Four other players would score in double-figures with Mele Finau (14), Tatyana Modawar (12), Nyah Willis (10) and Mia Grizelj (10) all making major contributions for the Bay Area.   The Bay Area not only dominated on the glass (62 - 43), but dished out 21 assists, led by Bishop O'Dowd product and Grand Canyon commit Jada Holland who dropped 7 assists and 9 points.

For Sacramento it was New Mexico-bound Andriana Avent of Sacramento High who helped keep Sac in the game with her team leading 20 points, including 4-8 from beyond the arc and 5 steals.   Texas Tech-bound Nailah Dillard of Inderkum added 18 points, 6 rebounds and 3 steals.     RyAnne Walters and Nia Lowery both scored in double-digits with 11 and 10 respectively.  San Francisco State-bound Rebekah Brown of Sacramento High earned Defensive Player of the Game honors.

Other notes:  the rebounding margin was equal to the scoring margin as the Bay would outscore and outrebound Sacramento by 19 apiece.   Each team committed 21 turnovers, but it was the assist margin that was most notable.  The Bay Area dished out 21 assists to only 6 for Sacramento.

With the win, the Bay Area leads the series 2-0 over Sacramento. 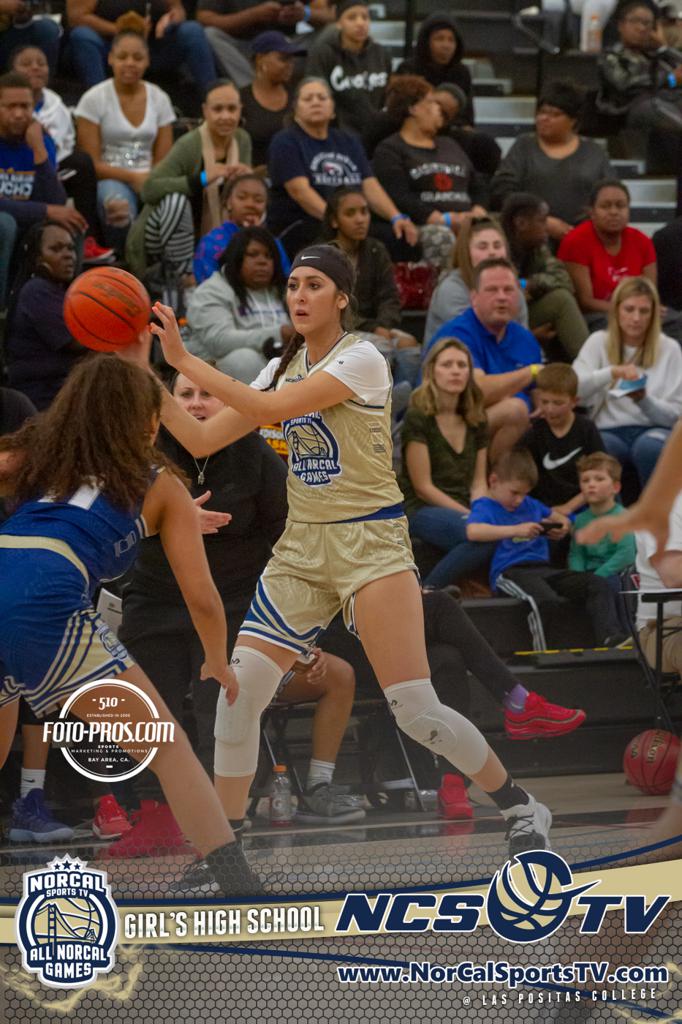 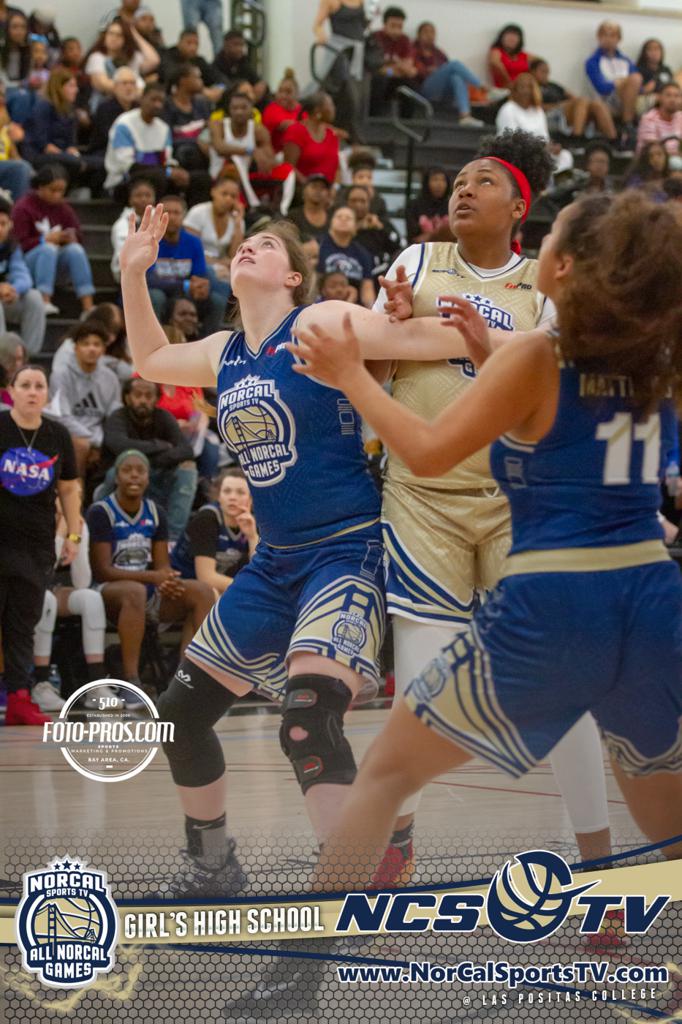